Status quo bias: when in doubt, do nothing

Keeping things the same, maintaining the "status quo", is thought by many to be the safe option. However, life is full of examples of this kind of inertia actually being the high risk option.

‘When in doubt, do nothing’. This sentiment makes sense to many people who are naturally risk averse. In financial and investment markets, this term is widely applied to those who take a conservative view. Keeping things the same, maintaining the status quo, is thought by them to be the ‘safe’ option. However, life is full of examples of this kind of inertia actually being the high risk option.

So why do many people believe that the status quo should be any safer than taking a calculated risk?

Confronted by an immediate challenge, many individuals ‘freeze’, unable to decide between ‘fight or flight’. This operates as a pre-conscious response in the amygdala, (located in the oldest part of the brain, known as the limbic system). This region generates very rapid responses to situations by rushing blood flow towards the limbs, and increasing hormone activity dramatically.

In evolutionary terms this response was created to allow us to be ready to overcome a threat or run away at a moment’s notice. If you’ve ever been really angry or scared, you’ll know the characteristic ‘rush’, often followed by trembling as the body gradually returns to its normal state.

These responses are all designed to happen in a very short time frame (punch your enemy before he punches you, or evade that sabre-tooth tiger). But in the modern world the events that can provoke this reaction often occur over a much longer period of time, hence the stress and anxiety they cause – it’s not natural to remain in this state of high alert for long periods.

In such circumstances, it’s not surprising that ‘freezing’ becomes the default response. Emotionally, if not rationally, an individual decides that the best course of action is to take no action. This can happen even when there is convincing evidence to the contrary.

This can happen in the boardroom, as events in Detroit demonstrated dramatically post-2008. While European and Far Eastern manufacturers rapidly adapted to the financial crisis by launching smaller and more fuel-efficient vehicles, the major American car makers persisted with the gas-guzzlers and giant SUVs they had always made. In less than three years ‘Motor City’ became a ghost town as it spiralled into terminal decline.

Why should status quo bias exist in the face of contradictory evidence? Psychologists believe it’s linked to perception of loss: the individual believes that any change of behaviour will result in a bad outcome, such as the loss of money, status, control or security.

Faced with status quo bias, as in the sales situation where a potential customer decides to ‘make do’ with an existing product rather than select from new choices, what’s the best course of action? Professor Mary Luce concluded that the most effective – though counterintuitive -  solution was to include the status quo option as part of the decision process. Most salesmen avoid this tactic instinctively and lose sales as a result, the study concluded.

So, should you want someone to take a different course of action, try giving them their current choice as part of the discussion.

Expert facilitation to bring out the best in your group. We’ve facilitated hundreds of meetings and workshops in a wide variety of fields and industries.
Learn more 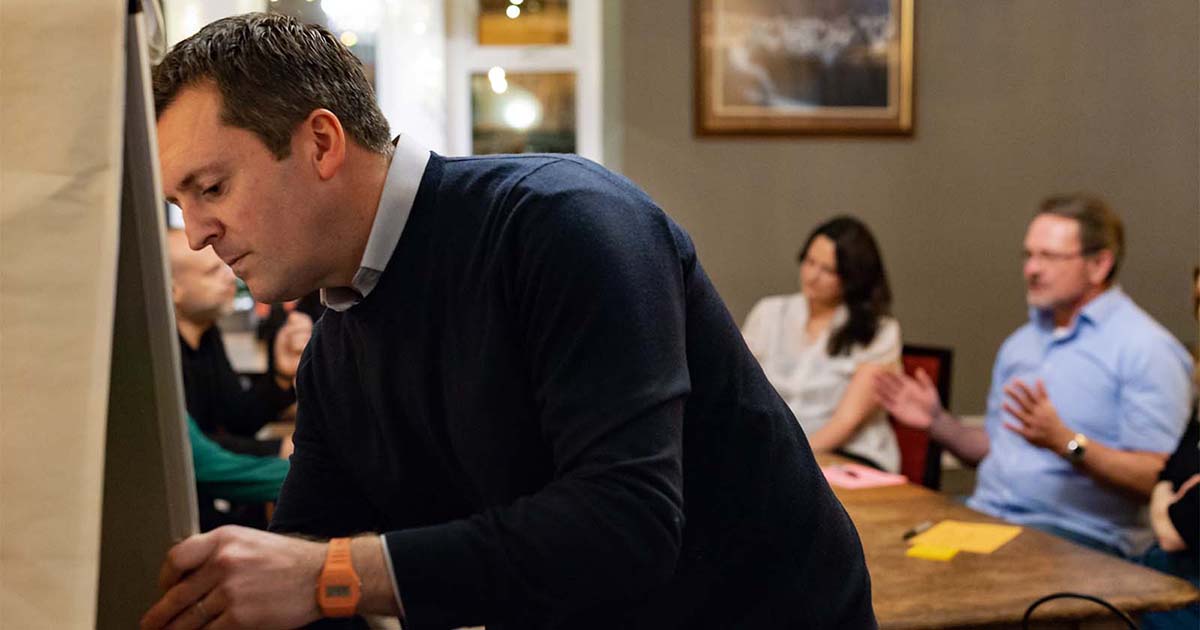