The concept of Organisational Health brings together the most important elements of a well-functioning team, working on the basis that once these elements are present to a high level, an organisation will be successful.

Organisational Health (OH) is a concept popularised by the management consultancy McKinsey and consultant Patrick Lencioni, who writes about it in his popular books The Advantage and The Five Dysfunctions of a Team. The consensus is that this is a highly valuable area to focus on, as it can positively impact all functions of an organisation, including strategy, marketing and finance.

McKinsey and Lencioni have slightly different ways of defining all the elements that contribute to OH, but we believe it’s possible to break down the concept as follows:

This isn’t a comprehensive list, but we believe these are the most important elements. A healthy organisation is aligned on business strategy, focuses on the mind-sets that drive the right forms of behaviour, develops fast feedback loops to monitor progress and targets resources on key priorities.

Lencioni argues that most companies over-stress the importance of intelligence, domain expertise and industry knowledge in terms of achieving success. When companies fail, it is almost never for these reasons - instead it’s down to other factors such as bad teamwork, selfishness, lack of trust, micromanagement, poor communication and low accountability. As Lencioni puts it:

“An organisation that is healthy will inevitably get smarter over time. That’s because people in a healthy organisation, beginning with the leaders, learn from one another, identify critical issues, and recover quickly from mistakes. Without politics and confusion getting in their way, they cycle through problems and rally around solutions much faster than their dysfunctional and political rivals do. Moreover, they create environments in which employees do the same.”

Lencioni’s first step is to build a cohesive leadership team, “whose members are open with one another, passionately debate important issues, and commit to clear decisions even if they initially disagree. They call each other out when their behaviours or performance needs correction, and they focus their attention on the collective good of the organisation.”

Once this cohesive team has been established, McKinsey recommends the organisation “identify and address the deep-rooted mind-sets influencing employee behaviour and then define new ones to replace them.” This may include introducing initiatives aimed at strengthening weaker OH areas, creating a clear change story to foster an understanding of new approaches, introducing incentives to reinforce these approaches and ensuring leaders and influencers role-model and recognise the appropriate mind-sets and behaviours.

We love to help large groups to network and collaborate over a shared vision and purpose.

Take the opportunity to learn & work with us by booking a session for your team
No items found.

Our latest thinking and resources
No items found. 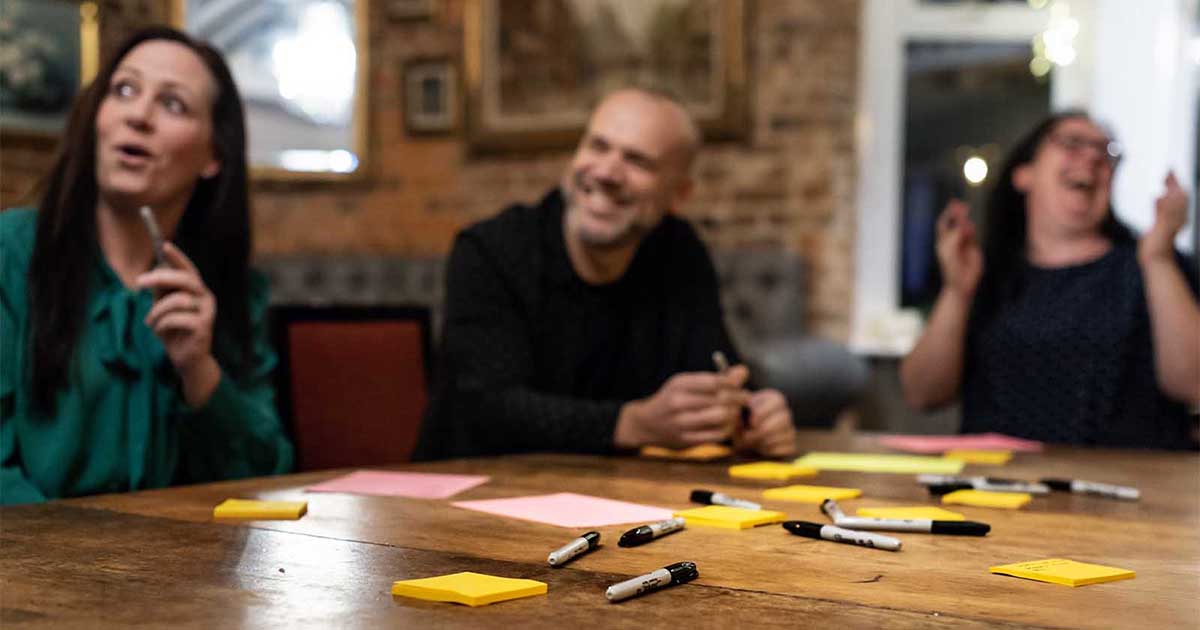