Constraints are often the source of our best ideas. Think of Twitter's 140 character limit, or the 18 minute limit for TED Talks. We invite participants to write a list of all the constraints on a current project, then make them worse or introduce more severe constraints to force more radical, ambitious approaches. What new ideas does this provoke?

“When forced to work within a strict framework the imagination is taxed to its utmost – and will produce its richest ideas. Given total freedom the work is likely to sprawl.” – TS Eliot

Think of a current project or task. Would it be easier to complete it with more money, more resources, more time? It's tempting to wish away constraints like these.

The panacea for creativity is often thought to be unconstrained thinking – no boundaries, no rules, blue skies. But the truth is, we’d be lost without constraints. And if you look, you’ll start to see them absolutely everywhere.

Some constraints are time-based - a good example is TED talks. The golden rule for those doing a TED talk is that you must keep it within 18 minutes. It’s one of the key reasons behind the format’s success. 18 minutes is long enough to be serious and short enough to hold people’s attention. It turns out that this length also works incredibly well online. It’s the length of a good coffee break.

But the main reason is that the 18-minute length also works much like the way Twitter forces people to be disciplined in what they write. By forcing speakers who are used to going on for 45 minutes to bring it down to 18, you
get them to really think about what they want to say. What is the key point they want to communicate? It brings discipline.

Another example is Twitter’s (original model of) 140 characters. You have to be very concise, but you can communicate a lot of things really successfully.

In a business setting, our two biggest constraints are usually budget and time. Unconstrained resources would be nice, right? Like more money, more staff, more time?

It's hard to get out of this way of thinking, which is why for many the biggest constraint we face is our own mindset.

There are many areas of innovation that are driven by constraints. Think about whether we'd be making such great progress on renewable energy if there were unlimited oil reserves underground.

We challenge you to think differently about constraints: rather than seeking to remove them, we should welcome and embrace them. And we should proactively add more constraints to force our thinking down unusual and innovative paths.

Researchers found that when you put up a fence around a playground, children will use the entire space – they’ll feel safe to play all the way up to the edges. But if those walls are removed, creating a wide-open playground, the space the children choose to play ion contracts: they stay towards the middle and they stick together – because that’s what feels safe.

This is what happens in the creative process. When there are no clear limits in the brief itself, we aren’t sure about what boundaries to explore and push up against. This means that we are stimulated by rules and boundaries.

Think about the project you're working on. What are its constraints? Write them down as a list. You might have a limited budget, a deadline, or a certain amount of people on your team.

Find this session in these workshop outlines: 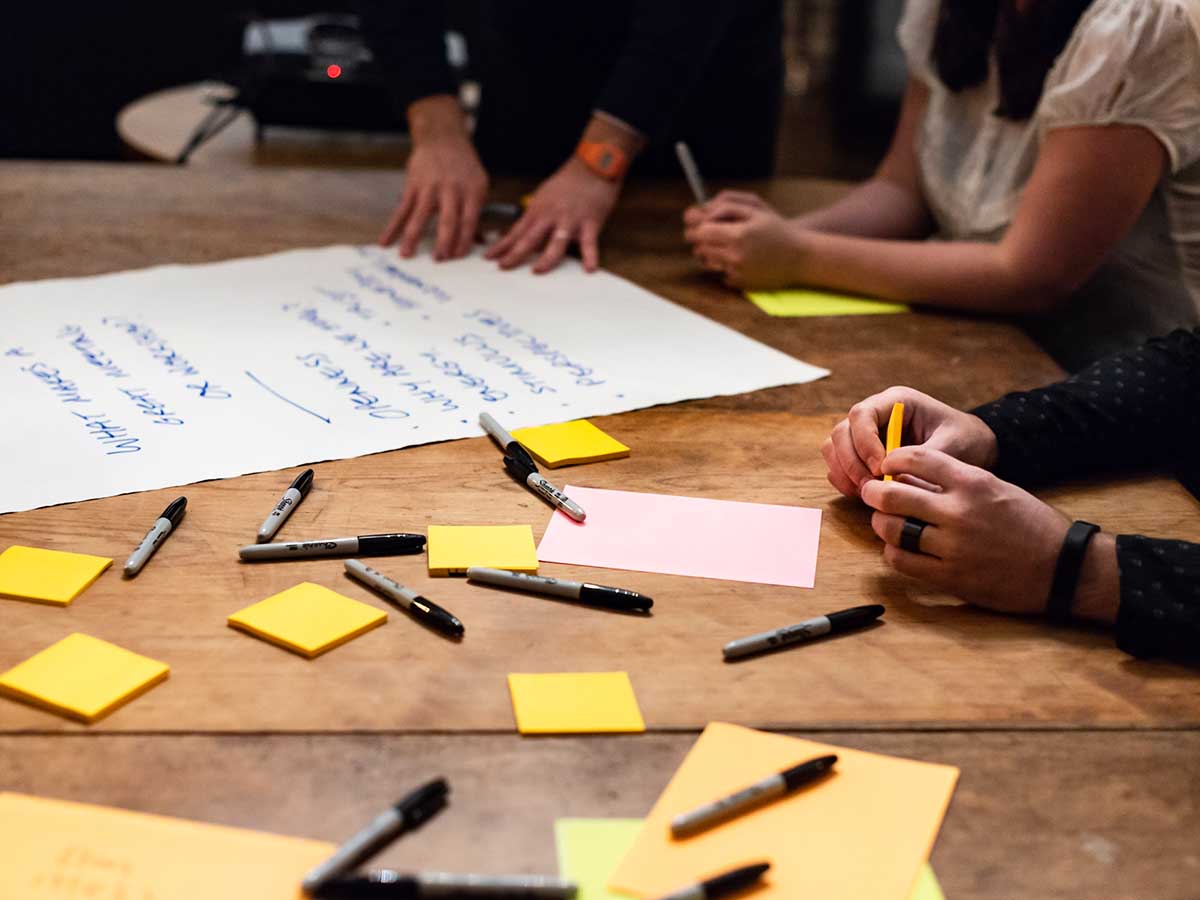 Take a look at these other session elements:

Values are the guiding principles that you use to make decisions about what you work on and how you go about it. They drive your priorities, attitudes and behaviours, keeping you on track as a business. Discussing these as a team can lead to greater cohesion and team spirit.

As a group, everyone discusses an effective system for arranging tasks, making decisions and maintaining standards. We help make sure that every task and objective has someone who is responsible for its success, and that each accountable person receives the support they need from others on the team.

The team clarifies and discusses its mission. What is the ultimate criteria against which the team's success will be judged? What is the big picture strategic goal? Often this section starts with a presentation from the team leader, and we facilitate questions and subsequent discussions.